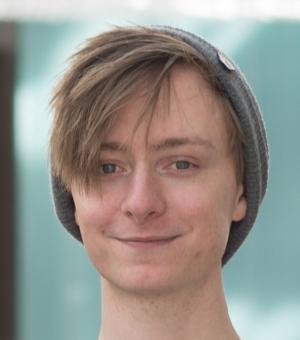 Onno started his D.Phil in Biochemistry in 2016, supported by the Clarendon Fund and Wolfson College-Guy Newton Scholarship. He joined the Seiradake team in 2017 and his current research area involves protein complexes that are involved in neuronal development and disease. The aim of his project is to elucidate the function using structural, cellular and biophysical work.

Before starting his D.Phil in Oxford, Onno completed a B.Sc at Maastricht University (2013-2016). During his time at Maastricht, he contributed to the development of biomimetic sensors that can be implemented in the detection of pathogenic bacteria to neurotransmitters in the blood. Additionally, in collaboration with Maastricht Instruments (IDEE) and Theo Kluskens, he developed a prototype for the long-term detection of bruxism using a piezoresistive polymer. This project won the NOW top sector Chemistry student competition.

Onno successfully defended his D.Phil in November 2019 and is now finalizing his results for publication. He is now working as a postdoctoral fellow in the prestigious lab of Thomas Schwartz at the MIT.